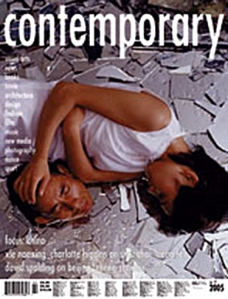 Functioning as a partial retrospective of Martha Rosler’s 40-year career, the Gorney, Bravin & Lee show displays several of her early works alongside her contemporary photomontages. Starting out in the 1960s, Rosler made her name with a series of subversive mises-en-scène that hybridised ads and features from publications like Playboy and Ladies Home Journal. In her collages of prurient female nudes lounging in banal suburban interiors, she sought to underscore the sexual exploitation inherent in the cult of domesticity. During the era of Vietnam War protest, Rosler shifted her focus beyond simple feminist shock tactics and began juxtaposing images of carnage in Southeast Asia with symbols of prosperity in the US. Her early work is consistently an exercise in ressentiment: it asks us to believe that because one group is exploited (women, Vietnamese), the other group must therefore be rich and powerful (men, Americans).

More recently, she’s returned to this method of contrasts and added some digital effects to her intricate handiwork for a series that addresses the war in Iraq and the current US administration. Pitting fashion shots and home decorating tableaux against shocking photojournalism, the works evoke Baudelaire’s comment that every newspaper is just a ‘tissue of horrors’. In Vacation Getaway (2004), Iraqi battleground images can be seen through the windows of immaculate modernist dwellings. Couture models parade down imaginary catwalks in Back Garden (2004), while Afghan women clad in burkas look fearfully across the lush green lawn. Cellular (2004) shows the glowing grins of cute young tweens chirping into their mobiles in front of a deadly Iraqi bomb scene. Her works are not the next Guernica (1937), but they do pack maximum political punch.

Readers of the late Susan Sontag would likely wonder what she would have thought of this show, as it illustrates many of the issues she was grappling with before her death. The famed critic’s last published work, On the Pain of Others (2003), deals poignantly with the effect of traumatic photographs on the everyday consciences of educated Westerners. Both Sontag and Rosler explore the power of shocking images to jolt our consciousness, evoke pathos and eventually elicit a particular critique or action against the world order. Both question how our daily newspapers can knowingly display images of suffering tsunami victims next to images of anorexic supermodels sporting blood-diamond engagement rings. Writing after September 11, Sontag wrote, ‘an ample reservoir of stoicism is required to get through the great newspaper of record each morning, given the likelihood of seeing photographs that could make you cry’. And the point of print advertising, as both women note, is to make you buy. With her careful juxtapositions, Rosler’s images thrust us into that middle space between buying and crying, where we can clearly see our hypocrisy.